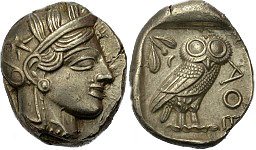 I’ve always liked to see parallels in stories, and technology stories are chock-full of episodes that have historical parallels. This post will detail some of the brilliant product marketing done by RIM early on, but to show how strategically smart they’ve been, I’ll show where these exact manoeuvres were used by another powerful entity – ancient Athens.

The ‘RIM’ of the Ancient World

It seems inevitable today that Athens was destined to become the hub of power and civilization in Greece. But this wasn’t apparent when the city first formed on a natural hill-top fortification, the Acropolis. While this natural wonder provided defense for the surrounding lands, the Acropolis’ drawback was that it was 6 kilometres away from the sea, making Athens landlocked in a time when sea power meant everything.

Athens spread its troops sparsely around both the city and remote harbours, but this proved to be too large an area to defend. All an enemy would need to do was come ashore and overwhelm Athens’ forces and they’d be able to go unchallenged right up to the city walls. Having a foothold from the sea meant an enemy could also choke off the city’s supplies and quickly bring it to its knees.

Together with allies from across Greece, Athens held off the conquest of one enemy, the Persians (yes, the ones in Frank Miller’s ‘300’). But Athens had been heavily damaged in the process. The Athenians knew there would be other attacks and they knew that something had to be done. So when the city began to rebuild around 480BC, it looked out to the sea for its future, specifically the Aegean Islands. There it found resources with which it could feed, bankroll and defend itself. By increasing its sea power the city was able to maintain access to the plentiful offshore colonies. But they were still vulnerable because of the 6 kilometre gap. Several strategies could have been taken to strengthen Athens, but in the end one peculiar idea proved to be the best way to defend the city.

An Athenian named Themistocles proposed having “Long Walls” to preserve the 6km link to the sea. They were built over five years starting in 461BC. The western wall connected Athens with the harbour town of Piraeus, which became its port; the eastern wall continued from the south of the city to another natural harbour. Between the two walls, a large triangle of land was used for agriculture. Even a small force posted on the Long Walls could defend Athens, the large swath of land and port, enabling crucial supplies borne by Athenian ships. To quote Plutarch on the Long Walls, “Themistocles did not only knead up, as Aristophanes says, the port and the city into one, but made the city absolutely the dependent and the adjunct of the port, and the land of the sea, which increased the power and confidence of the people.”

While it wasn’t the most obvious answer to the city’s security needs, the choice to build the Long Walls served the city well. Athens remained free from enemy attack for many years. This historical example of military genius does have a connection with the world of modern technology. 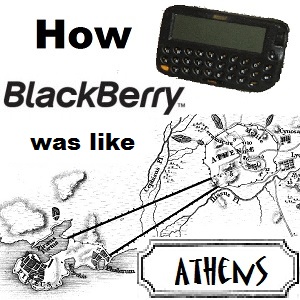 This same kind of innovative thinking was used to propel one small technology company to becoming a worldwide market leader. Going back just 10 years or so, you’ll recall that handheld computing was heating up. There was a race to develop THE handheld device and the leaders were Apple (the Newton), Palm and offshoot company Handspring as well as Casio with the Cassiopeia.

It wasn’t clear at first what features and design PDAs would have. Some PDA makers felt that people would use these to assist them, keeping them on top of their schedule. Most in the PDA design game were working on touchscreens with styluses, using OCR-like handwriting-recognition as a way of inputting data. Some thought it needed to be a mini-computer, which docked with a desktop and had a fair-sized screen that carried trimmed-down PC applications.

If you looked at the device made by Waterloo’s Research in Motion, you would have called it a longshot in this race. It was called the Inter@ctive Pager, whose addressable market was workers who spent all their time in the field. Around 1996 RIM made some key changes that moved it into a much larger market space.

RIM, who had perfected its radio modem to push a text-page decided to move to pushing emails wirelessly to the device. Email at the time was thought of the way snail mail still is: you read it when you’re at your desk and only when you’ve got spare time. Nobody at the time imagined that emails could be written with the expectation of an instant response, wherever you were. Firms like HandSpring dismissed the idea as too radical, so they went on designing their PDAs which were only updated when they were docked with desktop PCs.

While it mimicked other vendors by having synchronization, RIM did something counterintuitive by building a server that intercepted emails destined for the desktop, pushing them to the device. This altered the idea of slaving the device to the desktop by repointing the device to a server connected via a wireless network. Though this requirement of running a 24/7 email network can bring headaches like blackberry service outages, this brilliant stroke awoke users to the possibilities of an always-on device. Other devices at the time were shipped without modems, let alone any central server that could push them data.

RIM’s early displays only had room to show the contents of a short text-page, barely more screen area than a LCD calculator. These weren’t touch screens and the only function they performed was displaying/outputting data. To handle user input, RIM had the idea of squishing a QWERTY keyboard into the small device. While it forced people to type with their thumbs, it gave them assurance that (unlike stylus-writing) the device would capture exactly what they had typed.

In 2002 (6 years after the first Blackberry email device shipped), RIM incorporated a cellphone, which put even more distance between them and the pack, also cementing in our minds the concept of a smartphone.

RIM’s decision to leverage their network-tethered, keyboard-driven pagers to hold email, phone and organizers is analogous to Athens decision to build the Long Walls. The common thread here is their willingness to think outside the box. When you’re thinking about how to get your technology past your competitors and to a market-leading position, look beyond the obvious tactics. Follow the parallel examples of these innovative thinkers. Instead of being resigned to your fate, think of how you can change it…and you might even change history. 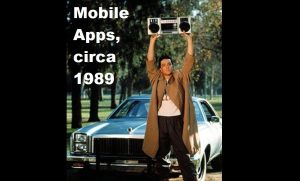 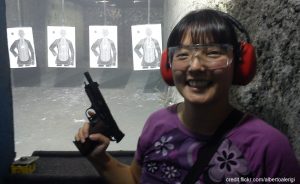 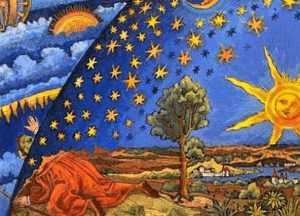 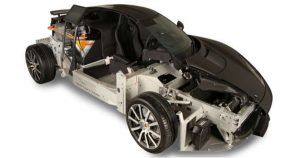