Whenever Winnie the Pooh is at an impasse, the irascible Tigger usually turns up. No matter what Winnie tells him he needs, Tigger inevitably says “why, that’s what Tiggers do best” That sort of reminds me of sales reps. We can sometimes scoff at their self-confidence, but in all honesty, I think the good ones have skillsets that are as hard to nail down as the list of what Tiggers do best. I’ve been lucky to work with sales reps at the top of their game. Here are some of the times I’ve seen a sales rep make a crucial difference:

One Director of Sales would tag-team on calls with his reps’ most difficult clients. He would go into the call knowing what the rep pitched (in this case, point solution software) but he’d move the client in a much different direction. Once he’d sensed the client’s true pain, he would instantaneously come up with a proof-of-concept installation or data cleansing project BUT name a price that required some commitment on their part. Then he would conjure up a solution that took away the pain and pricing scheme to fit it. Off-script? You bet! Did it work? You bet! 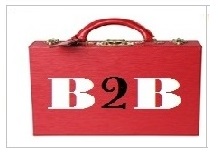 I knew a channel rep who religiously followed B-A-N-T. He didn’t explicitly talk about it with prospects, but you saw him put it to use whenever the prospect got sidetracked. All of a sudden he would revisit these milestones in the form of questions. He’d start off with something like “Your CFO has approved the budget and my team has agreed to provide the solution at that price, right?” Then he ask the prospect to name any changes in the business, and he would stay with this like a dog with a bone until the prospect either brought new facts to light or leave the buyer accepting the premise that the sale should go ahead.

Our software company had just lost to our main rival on a Government RFP, which meant in a month they’d finalize a contract and start implementing the system. Our rep got right in touch with his contacts, who told him the contract had been signed without any discussion. The vendor began working and the rep still kept in touch with the Government, dropping helpful guidelines. Relations with the vendor started to sour; guess who the Government turned to for help?! He knew all along that the Government’s contract would pose trouble for our rival; he knew they would end up in breach. He just stayed a step ahead of things and maintained good rapport. In fact, the Government felt proud of going with us, their #2 choice, because we paid attention to their contracting process.

True sales skills can be seen in how well someone closes a sale. Most reps belly-ache about how they could only secure another meeting, that the time ‘wasn’t right’ to get the close. Worse yet, some would shrug and say that the sales status is ‘up to the client.’  I have worked with a few reps who knew when to ask for the business and you know what? It usually worked. They also had the good sense to end the conversation as soon after as politeness allowed. No victory hoots or idle chit-chat at that point, just a thank-you and goodbye.

Thanks to the reps who have shown me how to act respectfully and professionally with buyers. Look at the centre of any successful business, and you will always find these skills.

To see how marketing can use lead nurturing to keep leads engaged all the way through the funnel, click below to see how it’s done with Marketing Automation: 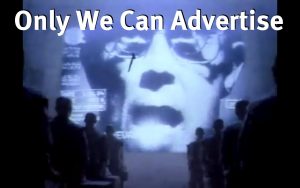 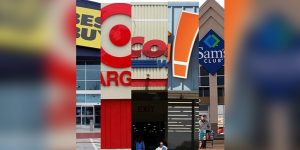